At that point, I asked, “and you think I am blowing smoke about you having diabetes?” I did not stop there and asked if he had health insurance – he did. I said I am getting the phone number for the diabetes clinic I go to and we are setting up an appointment for you as soon as possible.

I was able to schedule an appointment for a week later and I told the person on the phone that she was to record the following on a sheet for his file. He had an open sore on his left leg, had what sounded like neuropathy, frequent urination, constant tiredness, occasional blurred vision, always thirsty, and to check for any other diabetes symptoms, including all tests. Then she wanted to talk with him and I could hear him answer yes to everything she was asking. Then he asked 'no food for how long' and I knew he was being told to fast for at least 8 to 12 hours. He then turned to me and asked if I would accompany him. Of course, I said. He closed my phone and sat down in his car.

I took the phone from him and he said, “I've never been more scared.” I said that was natural and that if he did have diabetes, he would probably go through the stages of anger, denial, then acceptance and possibly some depression. He was quick to say that he would not take anything for depression. I said yes, he would, and be thankful if it was prescribed. I said that diabetes requires attention 24/7/365 with no vacations and he could have burnout and possibly mild depression. He said he had no depression that he was aware of, but maybe some when his wife died three years ago.

He asked what to do to be better prepared for the appointment. I said there was nothing he could do as the A1c was already determined and the oral glucose tolerance test would be what it was. I stated that he could cheat for the plasma glucose reading, but since he would be in the fasting mode, he could not cheat on that anyhow. I said that in seven days, there was not much he could really do to improve the results.

I noticed he had a laptop in the car and I asked him to open it up and I would send myself an email. I said then when I arrived home, I could send him one so that we could correspond by email and when I sent him URLs, he could open them directly. He thanked me for that and said he was sure he would have all kinds of questions.

The week before the appointment was filled with emails, he was reading, and I was answering questions. The day of his appointment, he asked if I would drive. He said he was too nervous and I asked if this was possibly a low just from fasting and he said he just wanted to be able to talk and not concentrate on driving. I said okay and we headed off. 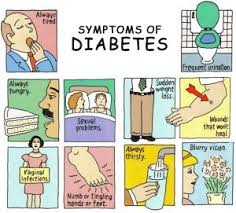 He had many questions, had his laptop open, and was looking at this site for diabetes medications. He said that he had ruled three of the oral medications out already and I agreed that was probably wise, but that he should wait until in the appointment. He then moved to the insulin table and was asking me which insulins I was taking and why. We talked the rest of the way about insulins and that fact that he was thinking very favorably about them. He could see less side effects and quicker management if he had diabetes. We also talked insurance and which company he had. It was the same as I had before Medicare and I said that he probably would be using the same meter and test strips as I was then. To be continued in the next blog.