Myth as a noun is defined as a traditional or legendary story, usually concerning some being or hero or event, with or without a determinable basis of fact or a natural explanation, especially one that is concerned with deities or demigods and explains some practice, rite, or phenomenon of nature.

Misconceptions would seem more appropriate than myths, but a long word isn't always the best.

The only rule that I am aware of as a person with type 2 diabetes is “what works for me, may not work for you” There are many ways to say this, but I will not get into all the variations. There are people that insist that their way is the only way and for a few people in the near proximity of them on the bell curve, this will work. 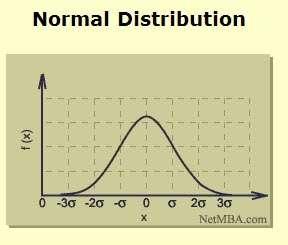 Many people have forgotten the principles of the bell curve. Take approximately seven million people and spread them out on the curve. On the left side, start with those who have diabetes, but are able to get by with just minor changes in nutrition and no exercise. Then move a little to the right and you have to add exercise for a larger number of people, but this group still can manage tight control without oral medications.

Now go to the far right of the curve. Here you will find people near the end of life, on dialysis and unable to exercise, or blind and needing daily assistance. Not a pretty way to see life, but this is life. While many believe that type 2 diabetes is progressive, this is partly true, but does not necessarily need to be the way of life. People die every day and may have never reached the right side of the bell curve. This is because of other causes that also can affect our daily lives and result in death. And like any curve, it can be skewed to one side or the other depending on the circumstances of the people being analyzed.

Now I take you to carbohydrates which is according to this article is myth number three, and the one that raised my ire. Some people eat very few carbohydrates or no carbohydrates, and live very well. Yet most medical personnel claim that the carbohydrates are foremost in keeping us living well, and our brains properly fueled. These medical professionals also do not understand it when people with diabetes have severe blood glucose problems with too many carbohydrates for them.

And then there are the low carb people that have to preach their religion and then wonder why some of us don't and won't listen to them. This is because some of us are able to consume different level of carbohydrates. For people eating carbohydrates the population also varies like the bell curve. Yes, there are a few people that are maintaining excellent control that are eating high amounts of carbohydrates. They have reduced their weight and their insulin resistance and with exercise are able to do this. And there are also those that must eat low carb.


The one difference that does not follow the bell curve happens in those people who do not maintain even moderate control of their diabetes, and what I would say is little to no control of their blood glucose levels. Their progress into the world of complications is a “J” shape starting out at no complications on the left and then rapidly increasing on the right. This alone is the reason for those of us with type 2 diabetes to maintain tight control of our diabetes.

Yes, I do have a book by the American Diabetes Association titled Myths of a “Diabetic Diet” and the book basically lists 16 myths. I admit it was rather convincing when I was new to diabetes. As I have gained experience, I keep the book around to remind myself about the fallacy of the “myth” doctrine. If I want to get my blood pressure up, I just read some of the book, and up it goes. Not a good thing to do, but that is what I believe today. There is one good feature to the book and I covered it here and I agree that it should be read for that reason alone - it is a well written guide for preventing excesses in eating changes.

Everyone needs a good place to start, and this book does debunk the need for some people to go on radical diets (which fail) and encourages many (although in a round about way) to stop their panic mode and start finding out what works for them.

More on some of the more dangerous myths later.
Posted by Bob Fenton at 19:01 No comments:

I am not even sure where I got the following information, but I know that I should have blogged about this before. I know that the following five tests are very important for people with diabetes. The tests are: HbA1c, blood pressure, cholesterol tests (lipid panel), micro-albumin test for kidney damage, and annual eye exam.

These five simple tests are currently the best and only indicators of each person’s own individual diabetes health risks. They also provide you with a kind of “report card” for you to see that your efforts have made a difference. Just don't ignore these test because they show trends, areas for concern, and/or if everything is doing well.

I think after my post on the July 6, 2010 that the annual screening with a blood test be done to check for liver problems/disease. The problem is that the sensitivity of blood tests needs some study while the ultrasound is not that great for identifying fatty liver disease. A liver biopsy is not a feasible screening method. Even though there is some concern as to the reliability of liver testing, I will state that it needs to be considered as an important sixth lab test especially for many of the chronic diseases.

There are other tests that will need to be determined on a case by case basis. One of the tests is the one for B12, which should be done for anyone that has been on Metformin for several years. Vitamin D levels need to be checked as a person gets older or does not spend very much time in the sun. Some of the other autoimmune diseases that often accompany diabetes may require tests.

One last important note – make sure that your doctor or in some cases, the lab, provides you with a copy of the lab results. This will assist you in tracking your health.
Posted by Bob Fenton at 21:42 No comments: