Are You Short on These Nutrients? 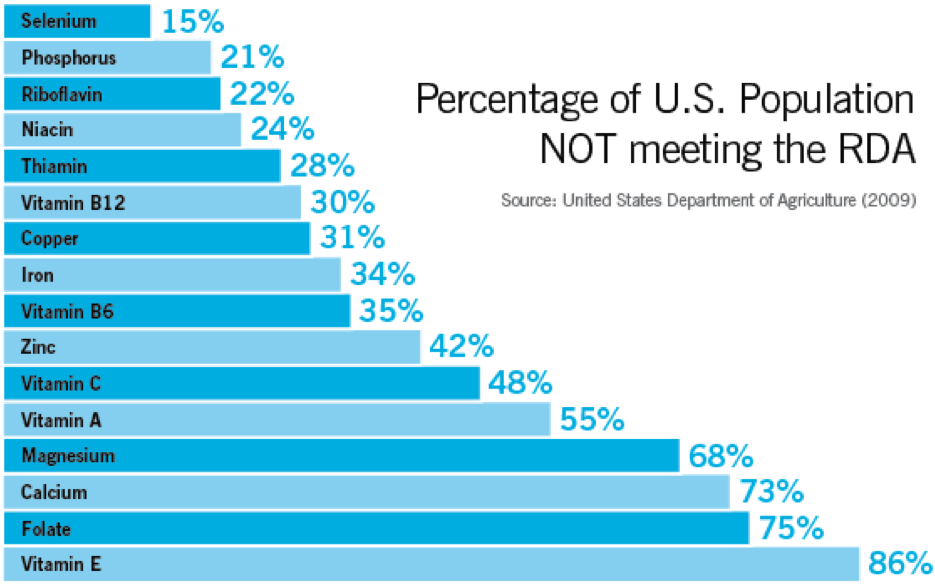 I have some serious doubts in my mind about the accuracy of the data when it applies to people with diabetes. I would have thought vitamin B12 would have been a larger percentage because if the number I know that are B12 deficient it seems that the average would be closer to 55 percent instead of 30 percent. I guess I will just have to accept the estimate of the USDA.

One nutrient in particular to note is magnesium. Life Extension Foundation (LEF) points out in its most recent issue (December 2016) that magnesium could be the next vitamin D. It is a low-cost supplement that confers broad health benefits. Magnesium is associated with reduced risks of sudden cardiac death, stroke, type II diabetes, asthma, heart disease, hypertension, colon and pancreatic cancer, and more.

Depending on the type taken, it also helps the brain (magnesium-l-threonate is the most helpful) and bowel regularity. Ironically, magnesium oxide, the type most commonly sold, works best for regularity precisely because it is very poorly absorbed by the body and thus does not confer most of the other health benefits of this mineral! It is also important to have functioning stomach acid to absorb and utilize any mineral. Those on acid blockers are unlikely to be able to do so.

LEF also points out that food sources for magnesium can be unreliable. This is because plants take magnesium from the soil, and there can either be not enough magnesium or too much of something else, like potassium, that crowds out a plant’s absorption of magnesium. Studies show that the magnesium content of food has declined precipitously from pre-1950s levels.

The bottom line: to get enough of this vital nutrient, we probably need to supplement with it.

It’s ironic that the above chart data comes from the US Department of Agriculture. Meanwhile, the FDA continues its war against supplements, presumably intended to protect the drug companies that fund the agency.

Email ThisBlogThis!Share to TwitterShare to FacebookShare to Pinterest
Labels: Nutrients