Sodium, What Some People Want It to Represent

I have to wonder what is happening that the anti-sodium people are pushing hard to promote what sodium looks like. I have been approached to do a different sort of blog, but in all fairness, I cannot promote what I have found.  It is important to note that the examples used on the website, except the fast food items, were from the USDA database. This means that the errors can be as high as 20 percent. I will use three examples from the link provided me, but the range is not accurate and no rounding ranges are given. 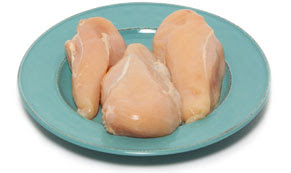 Both grocery store representatives stated that the amount injected could vary by the Company which provided the frozen pieces. It is obvious from the information that I have been able to obtain, that there is potentially large errors in this example. By not using more detail in this example they have given cause for concern about how they measure and talk about food. 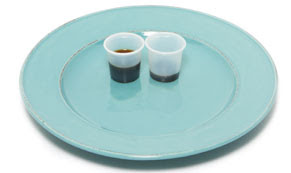 In this example, I used two different brands of soy sauce that I have in my own food stock. As such, with the two examples I have, variances exist because one brand is advertised as less sodium. Both use tablespoon (tbsp) as a serving. The less sodium is Kikkoman and contains 575 mg per serving. This would mean that two tbsp would be 1150 mg of sodium and not the 1 1/3 tbsp from the example.

The second brand is La Choy and one tbsp is 920 mg of sodium. One and one-third tbsp would equal 1227 mg of sodium. I can forgive the rounding error, but not the fact that we need to know what soy sauce was used in their calculations.

The difference between the two brands is significant and points out how mistakes are made in tracking sodium use by individuals unless they read the labels and accurately measure the amount of soy sauce used in a recipe.

A little more information when I went to the store. Kikkoman regular was 920 mg of sodium, La Choy lite was 550 mg of sodium, and a store brand was 840 mg of sodium. All were for one tablespoon of soy sauce. 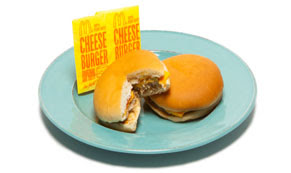 For the last example I will use a fast food item available locally and around the world. Yes, I am using a food choice at McDonalds. According the nutrition fact sheet, a PDF file, one cheeseburger has 680 mg of sodium. Using the example of one and three-fifths, the sodium is 1088 mg of sodium. Even this is short of 1200 mg of sodium. This has to be another rounding error and it is more significant than the soy sauce above, but still within the 20 percent error factor.

I could go on with other examples, but this could be an extremely long blog. My advice before using the page in the above link as an example of tracking your sodium intake would be to use more common sense and investigate the serving size and reading the food labels. Also, do not forget to look at the items you purchase for the variances that exist on the grocery store shelves.

In addition, have a good discussion with your doctor about the amount of sodium you need. Both the FDA and American Heart Association have guidelines available, but these guidelines are for healthy people and not all people.
Posted by Bob Fenton at 00:02

Email ThisBlogThis!Share to TwitterShare to FacebookShare to Pinterest
Labels: Sodium