Bariatric Surgery Not a Saving In Long-Term Costs

A study finally tells the truth about bariatric surgery. Even though it is not said, the only ones benefiting are the surgeons. Long-term cost savings do not happen and no evidence was found that one type of bariatric surgery produces more savings than another. This is what a 6-year analysis of private health insurance data has found.

Of course, they don't want to offend the surgeons, so Jonathan P. Weiner, DrPH, professor of health policy and management from Johns Hopkins University, Baltimore, Maryland says to assess the value of bariatric surgery, future studies need to concentrate on the benefit of improved health and well-being of patients undergoing bariatric surgery, rather than on cost savings.

JAMA deputy editor, Edward H. Livingston, MD, says that the findings call into question whether bariatric surgery is worth the cost. Then he says bariatric surgery has great short-term results, but over the population, its outcomes are less impressive.

Robin Blackstone, MD, medical director of the Scottsdale Healthcare Bariatric Center, Arizona, and immediate past president of the American Society for Metabolic and Bariatric Surgery disagrees and states the value of the life after bariatric surgery should not be measured by claims data. She claims that patients often have remission of their major medical problems, get off medications, and increase their work productivity. 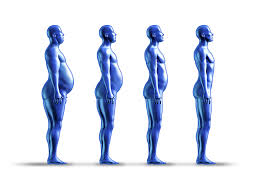 It seems everyone wants a say in this article. The study, published online February 20 in JAMA Surgery, was comprised of 29,820 adult members of 7 Blue Cross/Blue Shield plans who underwent bariatric surgery during 2002 – 2008. Each patient was paired with one control patient who was obese patient. The paired patients did not undergo bariatric surgery, but did have related conditions of hypertension, type 2 diabetes, sleep apnea, metabolic syndrome, and other health conditions.

The controlled pairs were also matched to the surgery patients for age, sex, and other factors, including obesity propensity score, a measure developed by the authors for identifying obese patients from claims data. This study is interesting because the long-term costs were very close and that is the reason no one class of obese patients that underwent surgery can be said to be more cost effective than another when compared to obese patients that did not undergo surgery.

A fault of the study is the fact that no quality of life data were included and that is the reason the bariatric surgeons are calling for more studies. It can be seen that bariatric surgeons are downplaying this study to prevent it from cutting into their revenue stream. Yet they do not educate the patients about the problems or side effects of the surgery. All they do is hype to the benefits.